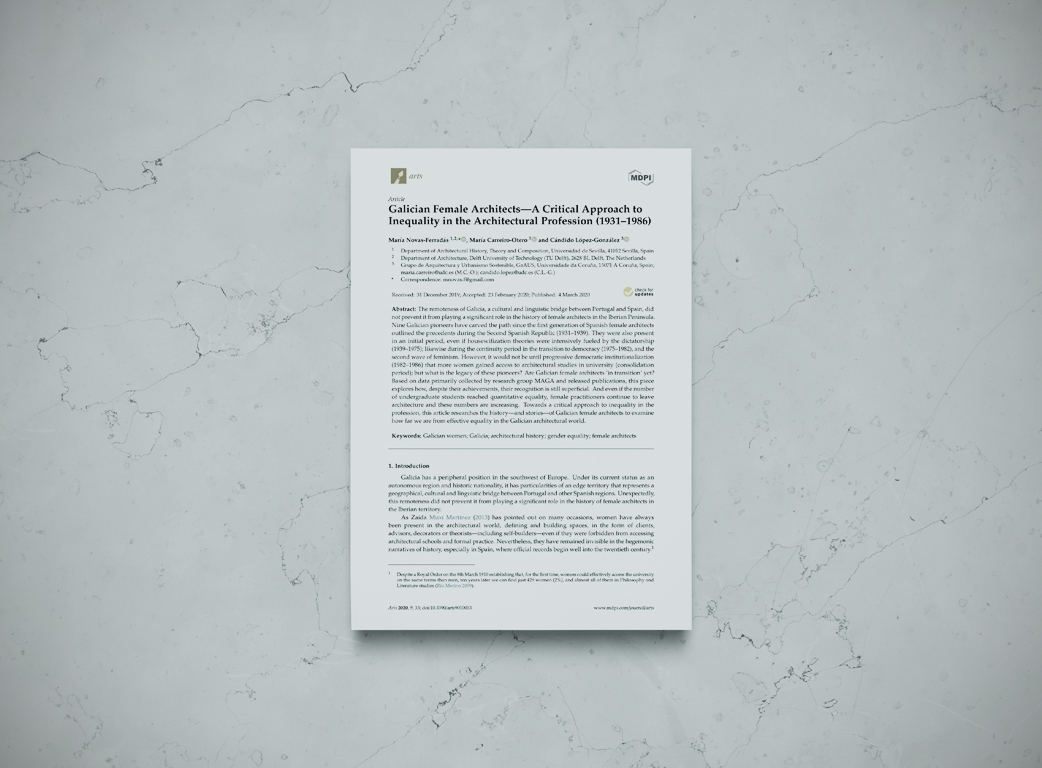 The remoteness of Galicia, a cultural and linguistic bridge between Portugal and Spain, did not prevent it from playing a significant role in the history of female architects in the Iberian Peninsula. Nine Galician pioneers have carved the path since the first generation of Spanish female architects outlined the precedents during the Second Spanish Republic (1931–1939). They were also present in an initial period, even if housewifization theories were intensively fueled by the dictatorship (1939–1975); likewise during the continuity period in the transition to democracy (1975–1982), and the second wave of feminism. However, it would not be until progressive democratic institutionalization (1982–1986) that more women gained access to architectural studies in university (consolidation period); but what is the legacy of these pioneers? Are Galician female architects ‘in transition’ yet? Based on data primarily collected by research group MAGA and released publications, this piece explores how, despite their achievements, their recognition is still superficial. And even if the number of undergraduate students reached quantitative equality, female practitioners continue to leave architecture and these numbers are increasing. Towards a critical approach to inequality in the profession, this article researches the history—and stories—of Galician female architects to examine how far we are from effective equality in the Galician architectural world.